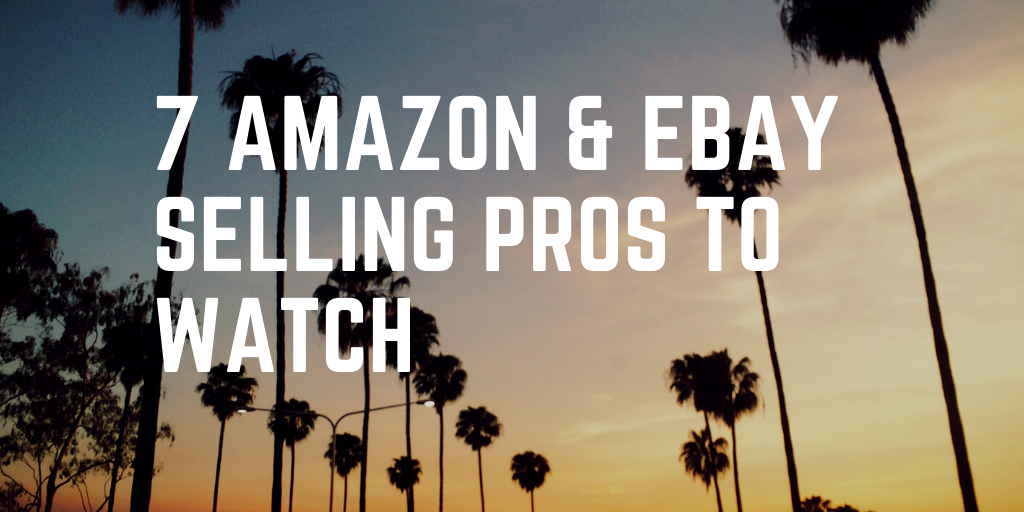 Every day it seems I am bombarded by ads for another new “Amazon FBA Expert” wanting to let me in on their secret plan to world domination.

Following the money is to be expected as a common question from Amazon selling forums is:

Many of these Amazon course sellers come across as sketchy to put it mildly. I suspect that many primarily earn money from their courses and fit more closely in the pretender category.

But not everyone is a pretender…

So I thought it would be helpful to feature some genuine Amazon selling teachers who have demonstrated to actually practice what they preach and have true insights to share.

Below is a list of Amazon or eBay sellers that may offer paid courses but offer mostly free content.

This couple run The Selling Family which I appreciate because they are constantly writing about unique techniques to make money selling online.

I never thought much about liquidation stores before reading about their adventures with them.

He also has a tool to see if you have permission to list certain items on Amazon.

Reezy grew up on food stamps and now has a thriving eCommerce business. He does a lot of retail arbitrage, so if that is of interest to you, he is certainly someone to follow.

Reezy is also quite the pro at selling books on Amazon.

Reezy likely is the only person on this list who also sells their own merch!

Ryan does not push a website or appear to offer courses. But he does put out interesting YouTube videos and shows his actual numbers.

While his audience on YouTube is not huge right now, we get a good bit of JoeLister traffic from him.

I guess selling over $2 million a year on Amazon — while being transparent is something people appreciate.

Stephen runs Full-Time FBA which has a mission to:

“Turn Part-Time Hours into a Full-Time Income via Amazon FBA.”

Stephen regularly puts out insightful blog posts, has many books and FBA selling courses, and runs an Amazon FBA podcast.

Steve is constantly showing you his methods of hustling for profit on his YouTube channel.

Also he is consistently interviewing other Amazon or eBay sellers and harvesting nuggets of wisdom from them.

He opened my eyes to the opportunities of selling toys for profit.

Sara is a great resource for learning about print on demand, sourcing products, selling t-shirts, Shopify, and so much more.

Her videos on YouTube are always interesting and filled with new ideas from a seller who is always experimenting.

There are many great resources to learn about eCommerce and Amazon selling. But there are also those looking to make a quick buck off of you. So be careful out there and choose your gurus carefully.

We hope you found some of these resources helpful, I know I have.

* Please note we may include affiliate links in some posts. But only for products we use personally and have deep faith in.